You will find out all you need to know before buying this lock in this PIN Genie Smart Lock Review.

PIN Genie smart lock is keyless, Bluetooth enabled and an app-controlled way to lock and unlock your door. It is considered to be one of the easiest and most secure ways to allow access to one’s house, office or rental property.

For you to open the door you need to key in a pin through the pin genie pin pad that is peep proof. Moreover, it has a hidden camera and reshuffles your pin after every use. 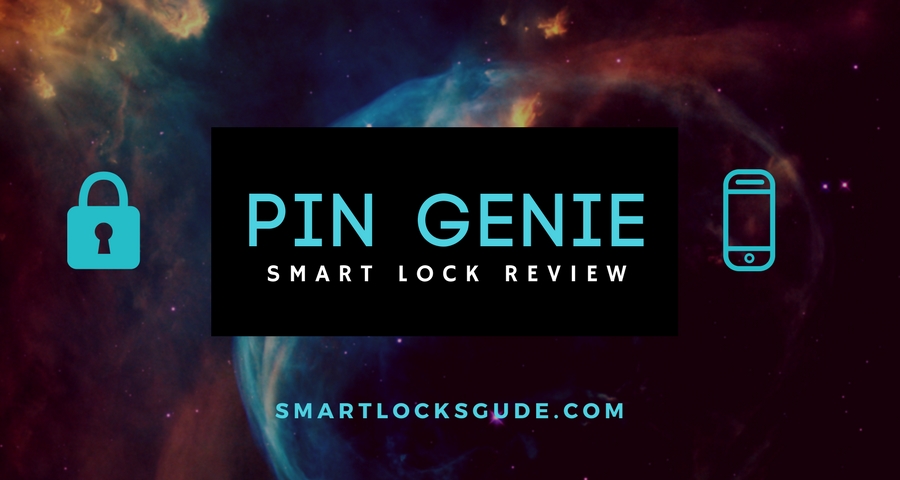 Before you proceed, you check out how it works in this video : 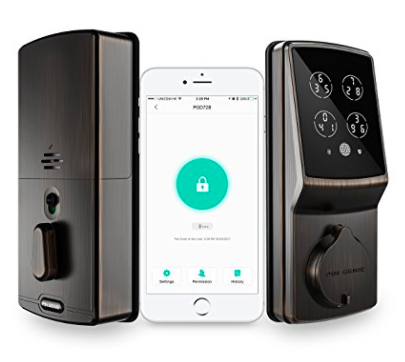 Single cylinder deadbolt that uses 1.0125 inches and 1-inch face hole and latch hole size respectively. It works well with a door thickness of between 1.375 inches and 2 inches.

It can be used on either side of the door i.e right or |eft. It has a key that can be used in times of emergency (If the battery dies).

How to install the Pin Genie Smart Lock?

You should first familiarise yourself with the names of the system parts so as to easily understand how to install the system.

Its installation is pretty simple and the whole lock system is designed to be installed without any professional assistance. Its latch bolt fits most standard doors and thus you don’t need to drill other holes on your door.

Some doors may be a little bit different and may need a little customization i.e drilling so as to fit the device. Apart from drilling, you can use the 3m tape as directed in the manual.

Check the doorknob dimensions and ascertain that they fall in the range indicated in the manual.

Adjust the backset of the latch. You should first hold the latch in front of the hole, if the holes are centered at the drill hole there is no need to adjust it. If they don’t you should adjust the latch.

Extend the |atch bolt and install the latch to the door hole.

Arrange the exterior assembly. When extending the bolt you should keep the torque blade in a vertical position. Unscrew the screw that is used to attach the cylinder for transit and get rid of it.

Install the exterior assembly. The cable should be put below the latch. Pass the cable through the center hole and slide it into the side hole.

You should make sure the mounting plate and exterior alignment are vertically aligned before screwing. Use the backup key to test the latch. If it retracts/extend smoothly you do not need to adjust screws.

Install the interior assembly. Open the battery compartment by unscrewing the screw and separate it from the cover. Connect the cable as indicated in the diagram.

Fit the thumb turn shaft into the torque blade and fix the interior assembly with its screws.

Put batteries, install the battery cover and you are good to go.

The Pin Genie is a great smart lock device that is quite cheap compared to other lock systems and also more secure. It uses Bluetooth instead of the commonly used wifi.

I would highly recommend this smart lock to properties that need to be constantly monitored (people coming in and out of the property).

I hope all your concerns regarding this lock are clarified in this PIN Genie Smart Lock Review and let me know in the comments in case you have any other queries.

You can get this amazing smart lock from Amazon.