Long gone are the days when you had to choose one type of a security system, and you were stuck with it for good.

Today having so many different home security providers and smart home product manufacturers, it is almost mandatory for them to work together and make sure their devices are easy to integrate.

Hence why it is no surprise that people are always looking for products that can work together and will provide for seamless integration and use.

Both SimpliSafe and Nest offer home security products and can be considered direct competitors—which brings about some questions like will both companies allow their products to integrate. 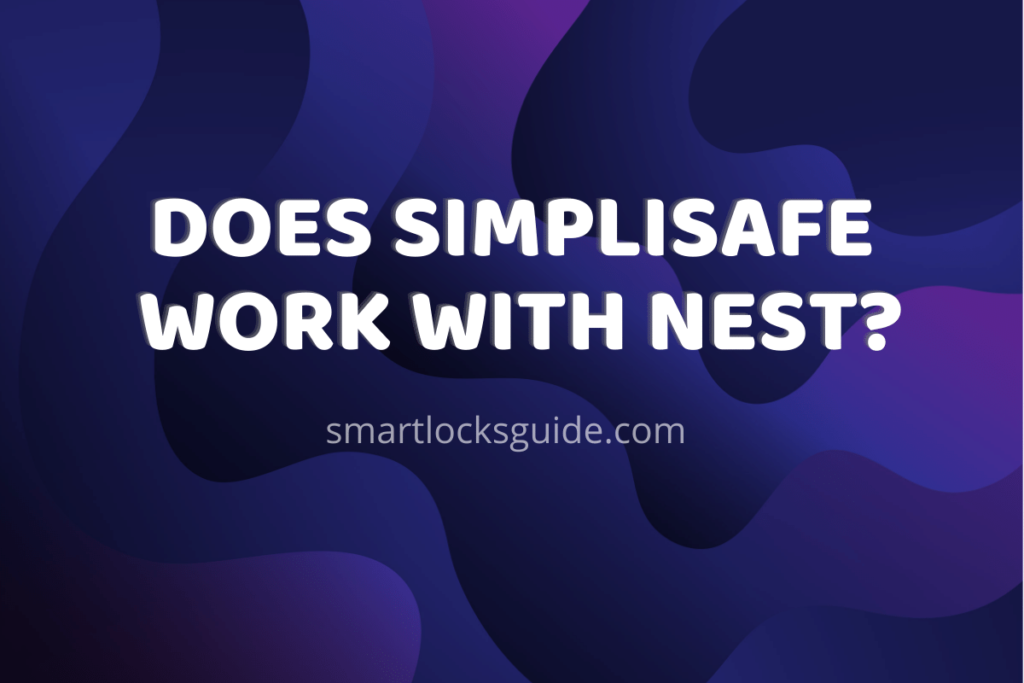 For more detailed information, continue reading below. I go into more detail about both companies, what you can expect from them, and some intricate details that will be of interest to any SimpliSafe or Nest user.

How Does Nest Work?

Nest started as a hardware company—back in 2010—and is most famous for its thermostats and cameras, although since then, the company has expanded and started offering other smart home security devices and products.

Although currently, Nest still functions as its own independent entity, it should be noted that in 2014, it was successfully acquired by Google.

Those of you who are more informed may recognize these two brands for another reason. Despite the Google Home app still being named that, Google also offered a smart speaker product line known as Google Home, which after merging with Nest, was renamed to—and is currently called—Google Nest.

The take over by Google came about with certain complications.

Nest products used to have what was known as the “Works with Nest” program. This referred to the possibility of other third party products to access and manage Nest products.

After the acquisition, it was stated that this program would be canceled. This was a cause for a lot of concern within the Nest community.

Since then, the “Works with Nest” has been replaced by “Works with the Google Assistant”, which can be used to control different compatible smart products.

As mentioned earlier, Nest is still operating as a separate company; however, it may not be a stretch to consider the possibility of Google completely overtaking the company and shutting them down somewhere in the future.

Especially knowing that existing Nest users are slowly being prompted to migrate to Google. (And new Nest customers are directly guided to go through Google.)

Alas, even this is not a smooth experience for all users as a lot of people have reached out, saying their accounts didn’t migrate properly. What happens is that once having migrated to Google, the Nest devices will not appear on the app.

This is why it is also worth exploring whether SimpliSafe works with Google Assistant and Google Nest, and if it does, how good is the integration.

How Does SimpliSafe Work?

Their prebuilt systems start at as little as $183 for the most basic one and go up to $500 for the most expensive one. However, you can always enjoy the freedom of fully-customizing your own security system according to your needs. Of course, the total cost will vary in this case, depending on how many devices you purchase.

That being said, SimpliSafe definitely does not shy away from offering a full product line of different security devices. You can choose from different sensors, cameras, smart key locks, video doorbells, and so much more.

You can choose from three monitoring services:

SimpliSafe security systems are controlled and adjusted through the use of the SimpliSafe app, which is user-friendly and easy to use.

What Smart Devices Does SimpliSafe Work With?

As mentioned earlier, after subscribing to the Interactive monitoring plan, you can make use of the full integration capabilities of the SimpliSafe system.

Since SimpliSafe does work with Google Home, this should, in theory, mean that it might work with Nest products, too.

For example, when you return home and disable the SimpliSafe security system, this will automatically tell the Nest thermostat to adjust accordingly and bring your home temperature according to your liking. And vice versa.

When you leave and arm the security system, this will let the Nest thermostat know that it does not need to work as much anymore since nobody is at home—thus lowering the electricity use while you are away.

Despite the fact that SimpliSafe works with the Nest thermostat, there are a few caveats worth being mentioned here.

Since Google’s acquisition, it has been known that there are some problems with the integration between SimpliSafe and the Nest thermostat, where it may not work on older SimpliSafe base stations.

The integration usually works well with the new base stations; however, you need to go through the Google Assistant in order to connect the Nest thermostat to the SimpliSafe system. (In other words, you will have to give Google Assistant your SimpliSafe account details.)

Since SimpliSafe can be used with Google Assistant and, on the other hand, Nest is now acquired by Google, this brings us quite nicely to the next topic.

Do You Need SimpliSafe to Work With Nest?

So far, we have established a few things.

SimpliSafe works with both the Nest thermostat and with Google Assistant.

At the same time, Nest is owned by Google, and naturally, Nest products work with Google Assistant, as well.

So can we use Google Assistant to manage and control both SimpliSafe and Nest products at the same time?

Google Assistant is a virtual assistant that can be voice-controlled if you have a smartphone, a smart TV, or a Google-Assistant-enabled speaker.

Google Assistant is activated by saying “Hey, Google” or “Ok, Google” and it will perform the tasks given to it. By using your Google Assistant, you can control your smart home devices, search for information online, and more.

The problem is that SimpliSafe works with the Nest thermostat, but there are other Nest products that people can purchase, too, which do not work with SimpliSafe.

So by using the SimpliSafe system alone, you will be limited to managing only the Nest thermostat.

By using the Google Assistant, you will be able to control the majority of Nest products, however, you will be limited in terms of what you can do with your SimpliSafe system.

Depending on what you are looking for, Google Assistant may offer the best of both worlds.