The glass on your windows and doors is one of the most vulnerable areas in your home. A thief will usually aim for these glassed areas, which will allow them to quickly gain entry.

There are different ways you can secure your glass windows and doors, one of which is by using a window security film.

Window security films are used as a way to enhance the safety and durability of regular glass by keeping it together even after somebody tried to break it.

By choosing the right security film, you will give yourself a little peace of mind knowing that nobody will be able to break the window and just walk into your home.

There are many different types of window films, and not all are created equal. So this is why below, I have compiled a list of the best window security films. 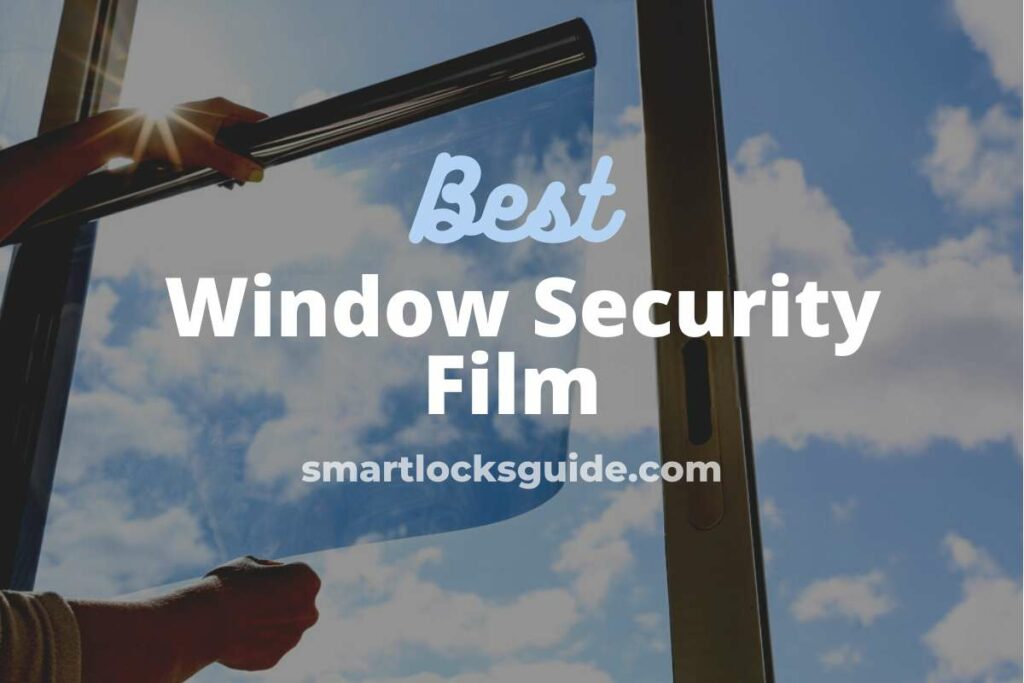 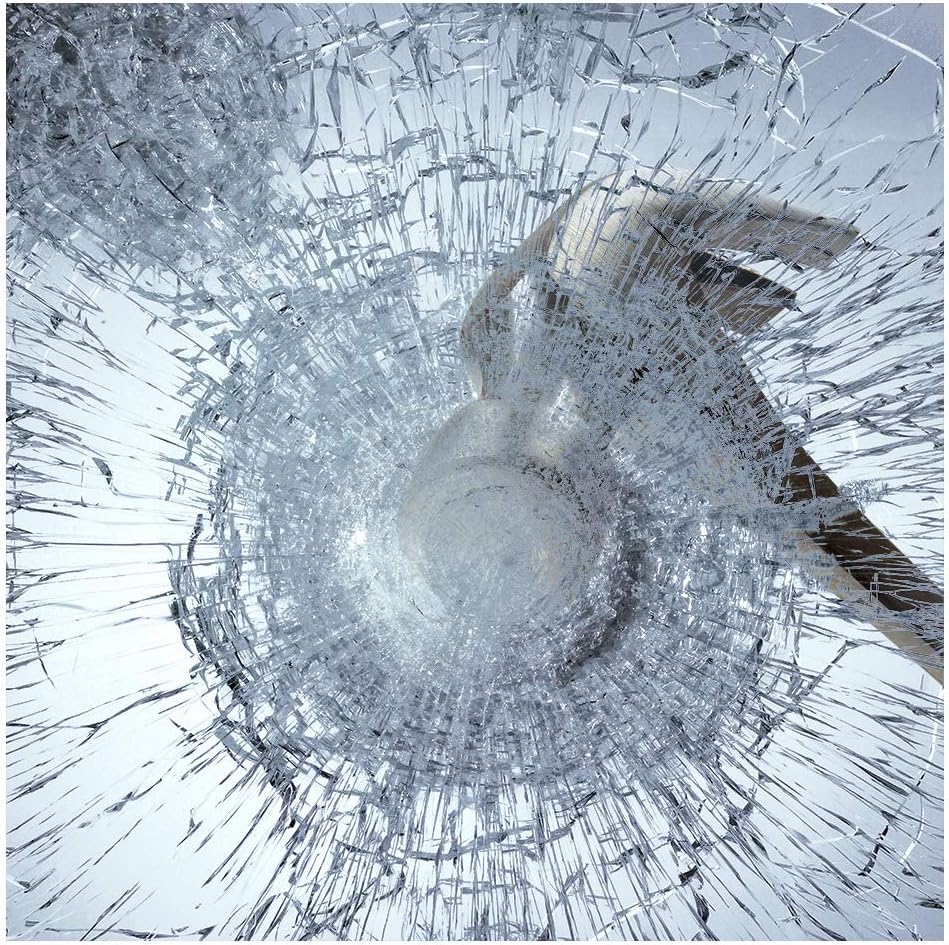 This window security film by BDF is one of the best ones in the market right now.

It is a very thick window security film measuring 8 mils. This allows it to absorb and withstand strong impacts while keeping the glass from shattering and preventing anyone from easily gaining entry.

It is a transparent window security film, which means that once applied, you will not be able to even tell it is there. Of course, this means that it is not intended for privacy purposes, so it should only be applied to windows that are a security concern.

However, despite the film being completely transparent, it can block 99% of the harmful UV rays. Your home will continue receiving high amounts of sunlight, and your view will not be obstructed in any way while at the same time, UV sensitive furniture and objects will be provided with some protection.

Although it takes some doing and experience to install a large amount of film without any bubbles, the installment process is straightforward and user-friendly.

Conversely, the seriously thick 8-mil film may be a little harder to install, but this is precisely the reason why it provides such good protection.

The window security film comes with an installation guide that will guide you through all the important steps.

For more detailed instructions on how to install your security film, check out this short video below:

This window security film also comes in many different sizes, so you are sure to find one suitable for your needs.

Overall this is one of the best performing and highest value window security films you can get for the money.

If 8-mil seems a little too much for you, BDF is also offering a similar window security film that is 4-mil thick; it can be found on Amazon right here. 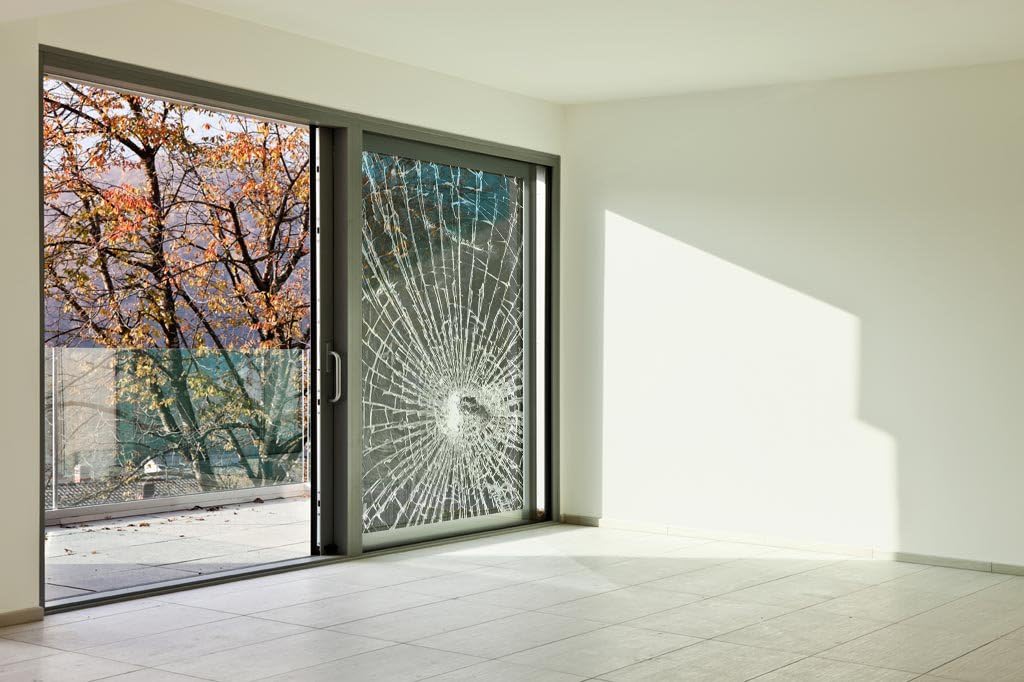 ShatterGard is a manufacturer trusted by many companies and institutions in the USA. As a matter of fact, these films are also made in the USA.

This window security film is completely transparent and will not block your view or light from entering your home. Once you install it, you will never notice that it is even there.

It has been designed to withstand especially powerful and violent impacts and attacks.

The only serious downside to this, otherwise excellent, security film is the price. It is very expensive compared to other security films. It is true, that you get what you pay for, but not everyone may be able to invest so much money into a quality window security film like this one. 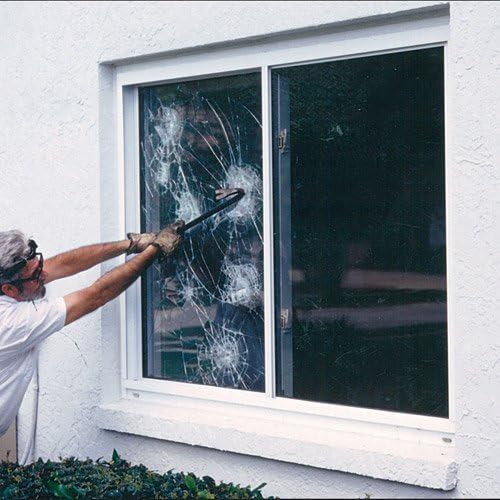 This 12-mil film will be able to withstand a lot of force compared to the other thinner films before giving in. If somebody tries to force their way in, they will be surprised by how laborious the whole venture will prove to be.

This film is relatively transparent, and it is best for areas where security is of concern, but there is no need to block the light from outside. In other words, it is not suitable for providing privacy.

With that being said, it is 90% VLT (which stands for Visible Light Transmission); what this means is that it is slightly darker as it filters 10% of the visible light.

It is also capable of reflecting 99% of the UV rays.

The installation is easy and does not differ from how any other type of film is normally installed. The application process is very easy, though, some skill is needed to make the film completely bubble-free. (The mounting hardware is also included.) 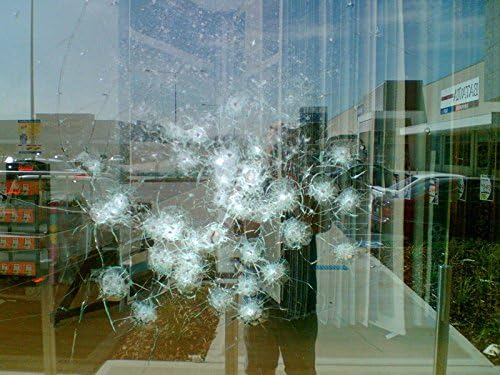 This is another very rugged and durable window security film that you can use to protect your windows and doors from intruders.

It is a very thick, 12-mil film that can hold its own against aggressive attacks and impacts. The film has a very thin rubberized coating that absorbs the force from the impact and spreads it over a larger surface.

The film is capable of filtering 99% of the harmful UV rays, so it will provide protection to any UV sensitive furniture and belongings you may have inside.

The film has a very slight darker tint. It is 90% VLT, which means it will prevent 10% of the light from entering inside.

This security film by VViViD comes in several different sizes.

What to Look for in a Window Security Film?

While choosing a window security film for your home, you should make sure to do your due diligence. Nobody really wants to use security systems and accessories that do not actually work when put to the test.

This is why below, I will share with you valuable information as to what you need to know when it comes to window security films; their use and application.

A Thicker Film Is Always Better

As you browse, you will find that security films vary in thickness. They can be 4, 8, even 12-mil thick. One mil is a thousand of an inch or 0.001 inches.

As you already know, the thicker the film, the harder it will be for an intruder to break into your home. A thicker film will be able to withstand a lot tougher and more aggressive impacts.

However, a thicker film may be harder to apply properly as it is more rigid and harder to adjust, and sometimes harder to cut. It is my belief that this is a risk well worth taking as one’s safety is at stake here. So, 8 to 12 mil, or thicker, window security films are usually the best ones to go with.

Make Sure the Fit Is Right

Window security films come in all kinds of sizes; make sure to get the right one. This will involve some measuring and planning, but you want to have a film that fits and covers the whole area of your windows

If the film is not sized properly, you may have to fit two or more pieces and overlap them. This can work, but the overlapping edges will be visible and are considered a weak link, which burglars may focus on to break in faster.

This is why it is usually better to go with a film that is bigger than the area of the window and trimmed accordingly. This will create some wasted material but will make for more secure windows.

You want to go not only with a thick film but also one that, when installed, will grab onto the windows and stay there no matter what.

There are two types of applications as far as window films are concerned.

Static cling is one of the most basic ways to have a film attached to a window. It has a similar structure to windows and glass, and because of that, it is, in layman’s terms, attracted to it. Imagine it like a different kind of a suction cup.

The most common type of films that are static cling is the ones used to provide privacy but not necessarily secure against break-ins. These are usually matte, opaque films that can also be used for sun control.

On the other hand, adhesive cling films, as the name suggests, have adhesive on one of their sides, which, once applied, will cling to the windows. This is a desirable feature as it makes the film stay attached to the glass even if it has been broken.

How Much Protection Can a Window Security Film Provide?

Well, naturally, it is worth exploring whether or not investing in a windows security film is worth it. (Because as you have already seen some security films can get quite expensive.)

It is a lot more expensive than using a security film. (Although, the combination of tempered glass and security film is one of the best to secure a window.)

As you can see, it is still possible for someone to break the window. However, take a look at how an 8-mil film installed on both the inside and outside performs.

Here you can check another 8-mil security film put to the test:

As you can see, a window with a security film is not impossible to break. Given enough time, the right tools and experience anyone can get around a lock or any other type of security system.

However, the film is not meant as the be-all and end-all of security systems. It is intended to keep the burglars out for as long as possible and make the whole thing as labor-intensive as possible.

How to Secure a Backwards Sliding Door

12 Ways to Lock a Door Without a Key