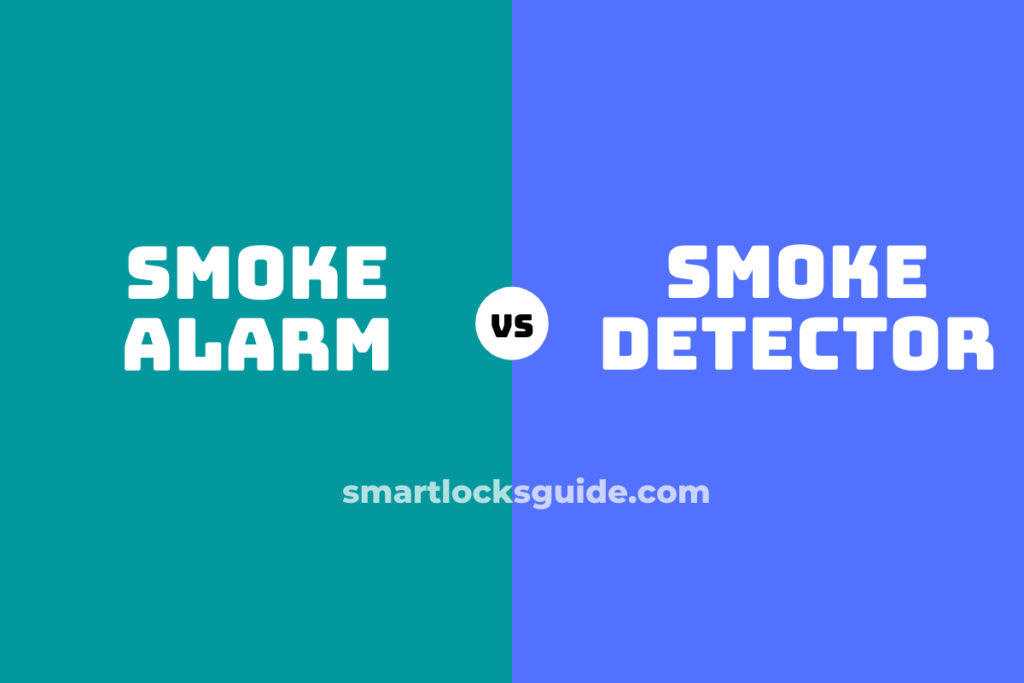 The Difference Between Smoke Detectors and Smoke Alarms

Considering the difference between a smoke alarm and smoke detector, smoke alarms are more suited to houses because they will alert everyone in a house of the danger with the loud audible alarm.

Smoke detectors are more suited for hotels and other large businesses where the detection of smoke is essential to note for the entire building and not just the area in which it’s going off.

With a smoke detector able to alert everyone of the smoke, including health and safety officials and not only the people in the immediate area, but smoke detectors that are integrated with a network to communicate are also more effective in large buildings.

With advancements in modern technology, smoke detectors in homes are becoming more popular. Even though smoke detectors send alerts through a system, they can still have their own audible alarm for people in the house to hear. Receiving alerts remotely with a cell phone is an added benefit of modern-day smoke detectors. 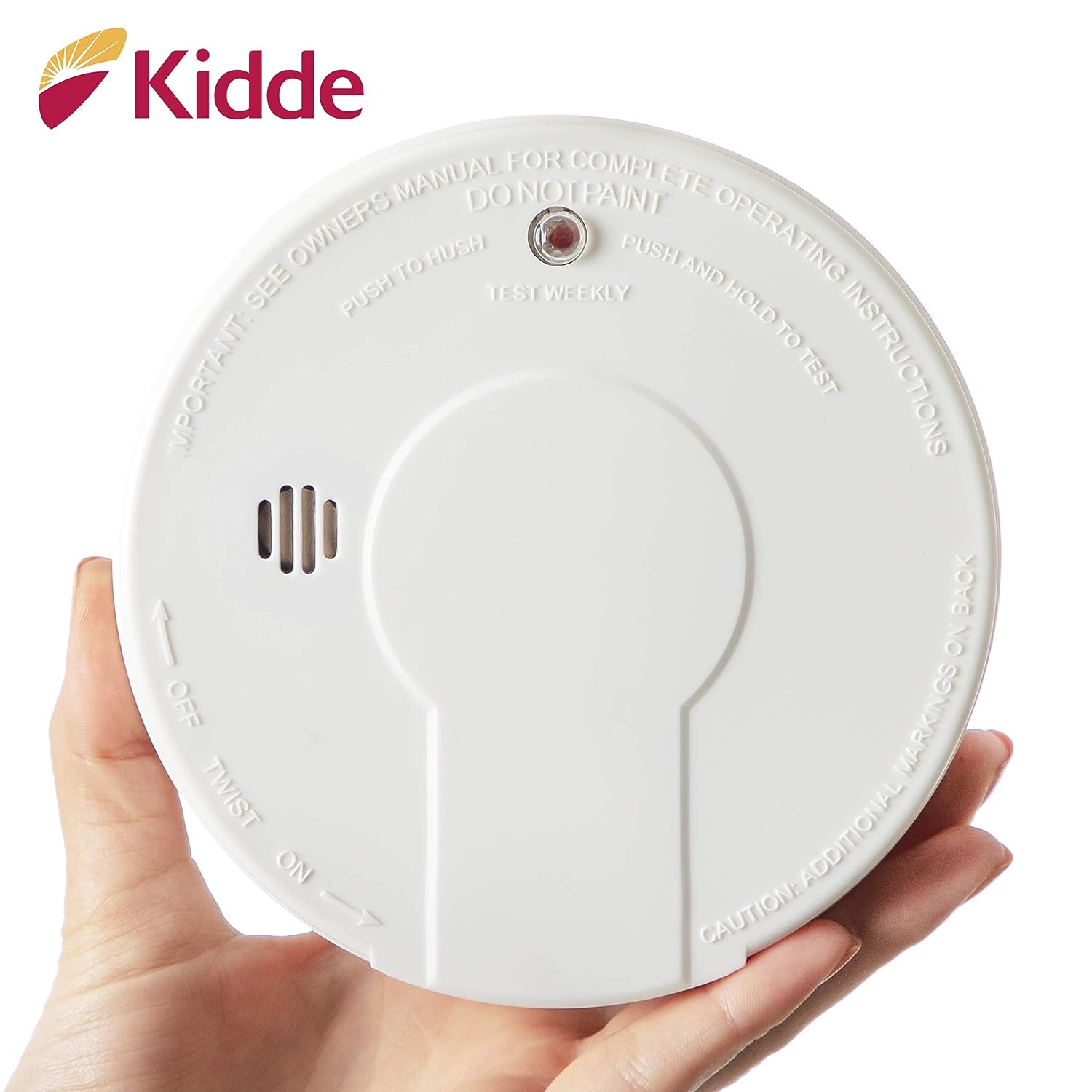 Here’s an example of a basic smoke alarm that’s easy to install with no wiring required.

It’s operated by a 9V battery, which is included in the box.  It has a test button to check the functionality of the device and a low battery indicator.

This smoke alarm also features a 10-year limited warranty for a decade of peace of mind. 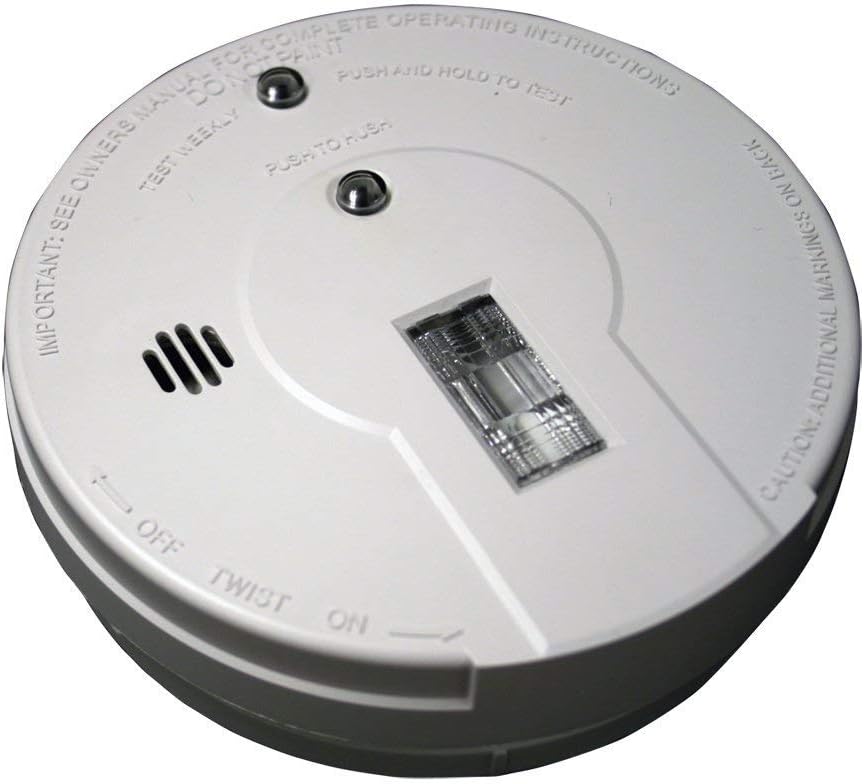 Here’s another smoke alarm that’s very similar to the previous with one very distinctive difference, it has a light which will illuminate the escape path if there’s thick smoke.

The light is also useful in places like hallways and stairwells. It also has a useful hush feature to silence false alarms when cooking up a storm in the kitchen or other instances where the alarm might sound off. This smoke alarm has an added feature of detecting dangerous carbon monoxide levels in your home. The multi-criteria optical sensor detects different types of fires assists in reducing false alarms caused by cooking.

It also features voice notifications like “Low Battery,” Carbon Monoxide Warning,” and “Fire Warning” so that you know exactly what’s going on when the alerts sound off. 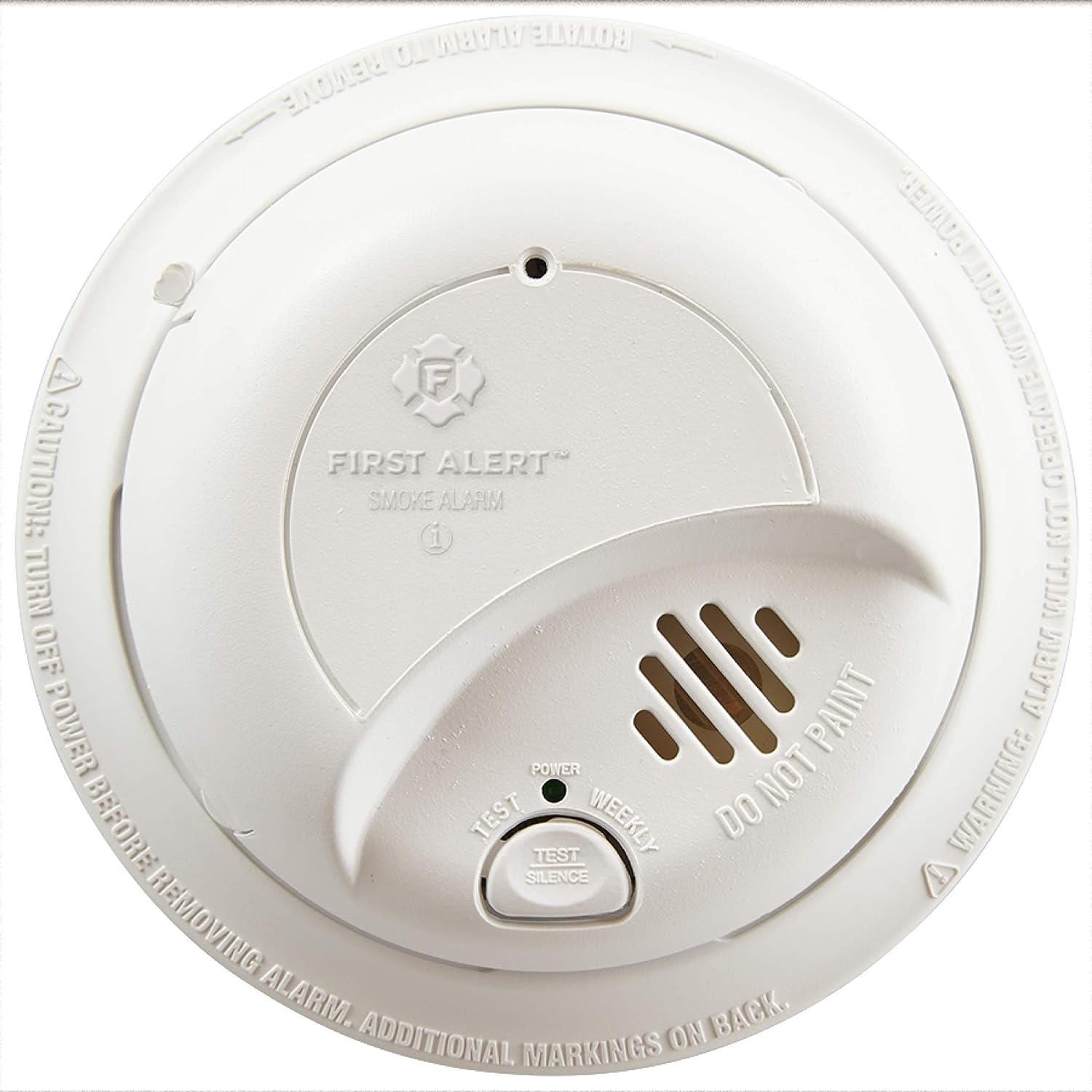 This smoke detector can connect to other compatible smoke detectors to ensure that all the detectors work together in warning anyone in the building of the smoke hazard. (Up to 24 devices)

It also has a back-up battery inside to ensure the building is monitored even if there are power failures.

It basically does the job that the above smoke alarms do but also has the benefit of setting off other smoke detectors in the building to all sound off at 85 decibels to ensure everyone’s safety. 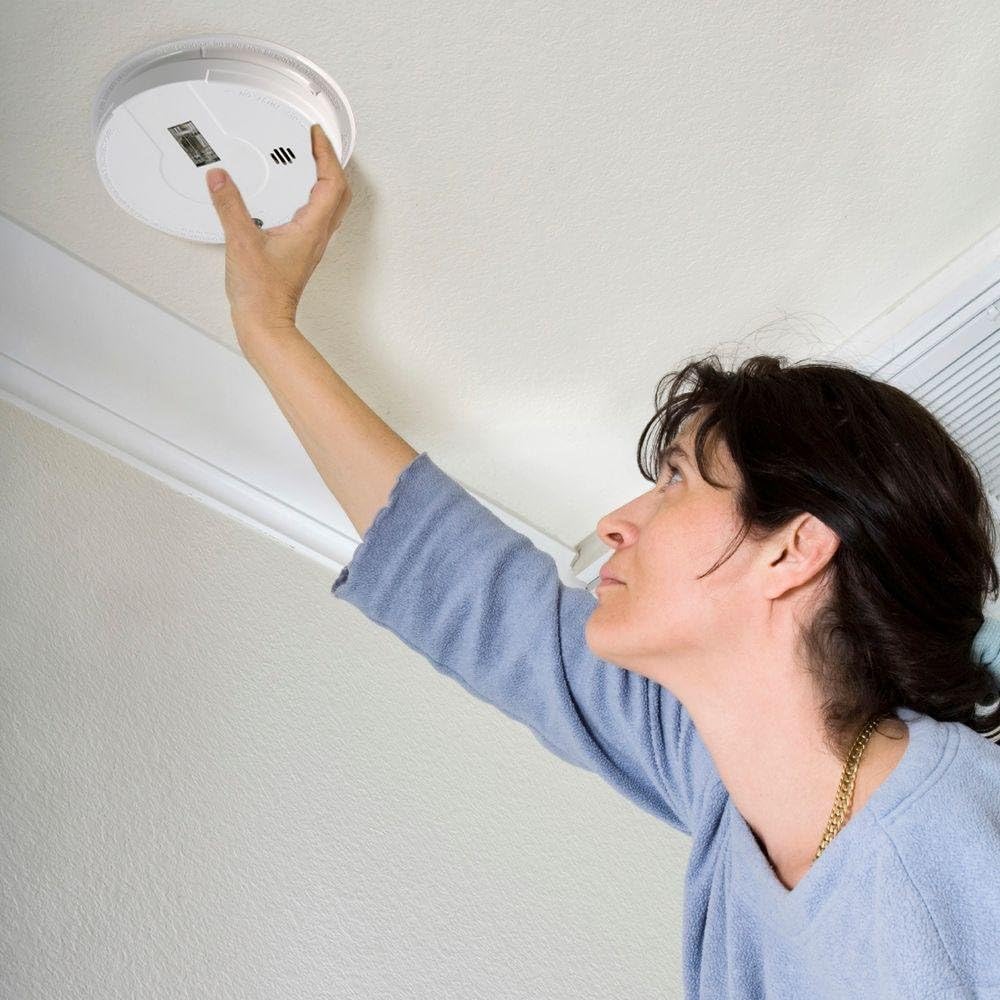 This is a smoke detector capable of interconnecting to up to 24 other compatible smoke, CO, and heat detectors. It has a light to assist you in escaping from your home in case of a fire.

The light is also nice to have if you put this detector in a hallway or stairwell so that you can see it easier at night. If you connect this smoke detector to other smoke detectors, they will all sound off when any one of them detects smoke.

This detector also features a hush capability to silence the alarm when it is going off without needing to, like when the cooking food in the kitchen is a bit smokey. It’s easy to install and has a battery for back-up power as well. 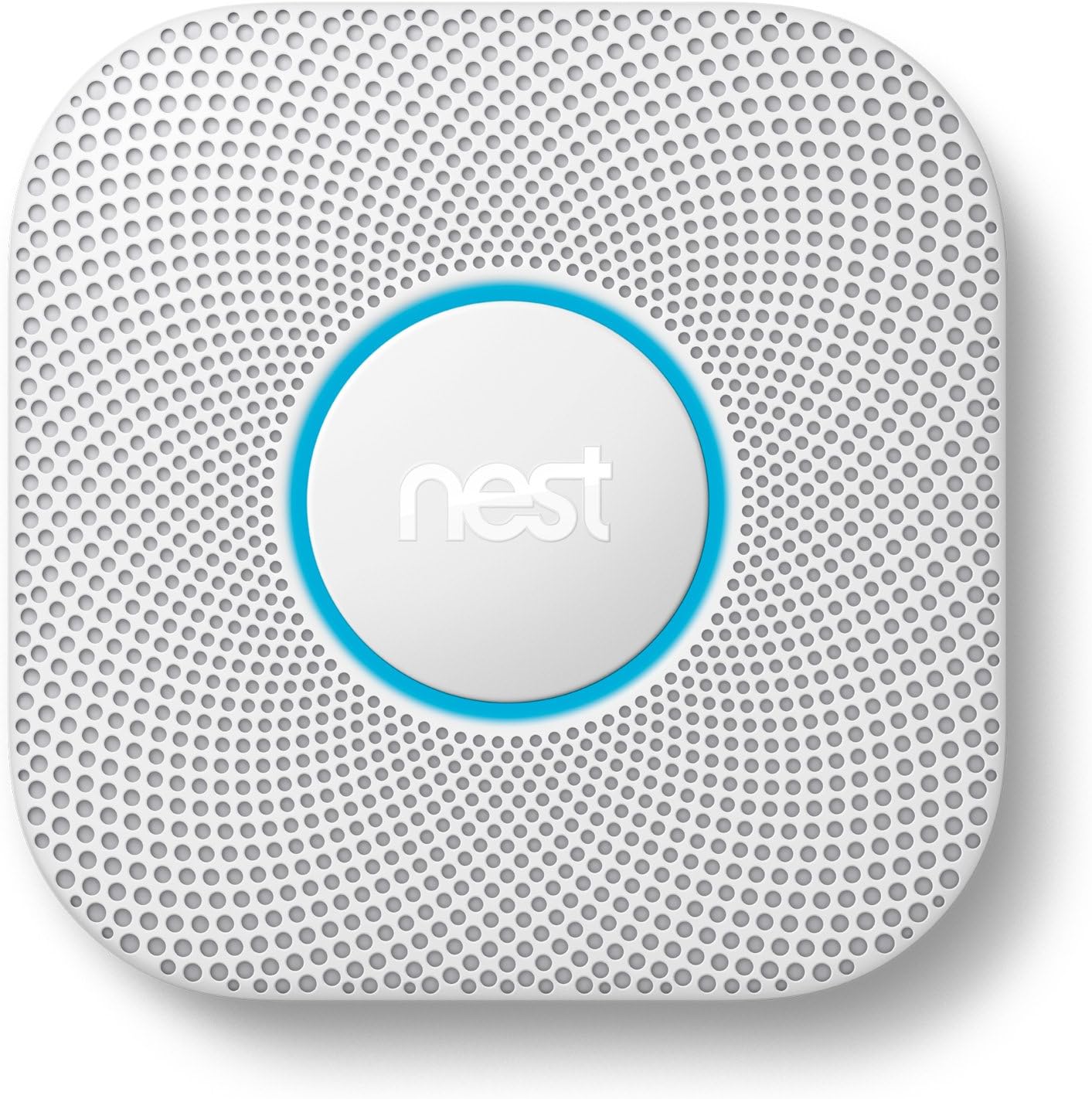 The Nest Protect is a very modern smoke and CO detector among a few other things. This smoke and CO detector will alert you to your phone when it detects any dangers in your home or office. It also has a nice bright light to illuminate your pathway at night. This light will only activate when you are around the detector and not all the time.

With the help of a split spectrum sensor, this smoke detector can detect both fast and slow-burning fires. The Nest Protect connects to Wi-Fi and will communicate with your phone from wherever you may be in the world so that you know exactly what’s going on all the time.

The field of view is 120° for a wide area of detection. This smoke detector uses voice alerts to let the people inside the building know of any dangers. 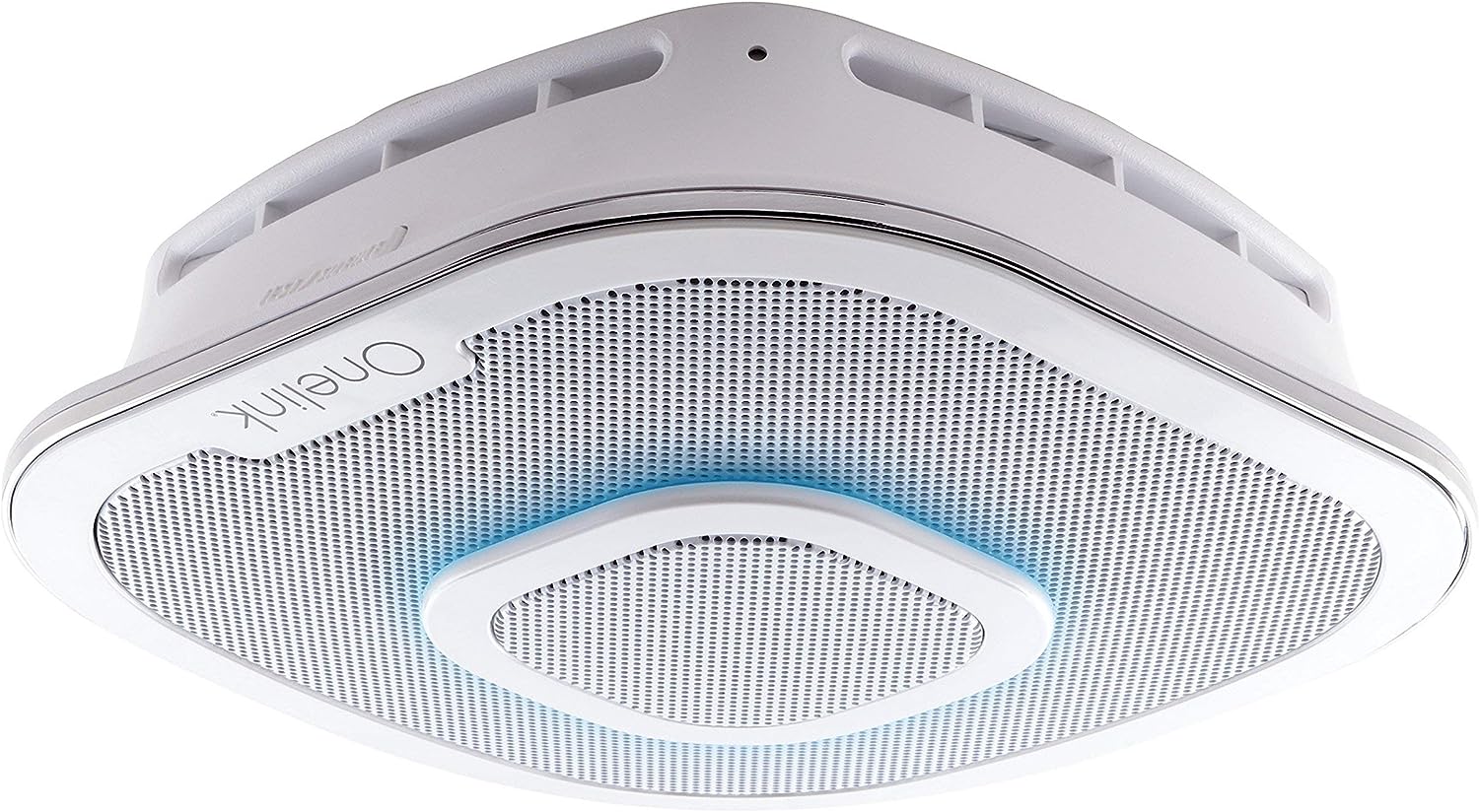 First Alert Alexa Enabled Smoke and CO Detector is another top of the range smoke detector that will integrate with your system. It also alerts you to your smartphone like the Nest Protect does so that you know exactly what’s going on at any time.

It features voice alerts so that the people in the house know exactly what’s going on when this alarm starts speaking to them.

This detector can also connect to other compatible devices in the house, including First Alert devices and non First Alert brands.

An excellent added benefit of this smoke detector is the fact that you can stream audio through this device to play music anywhere in the home. It works with AirPlay 2 compatible devices.

The Two Types Of Smoke Detectors

A small amount of radioactive material is used to ionize the air inside a sensing chamber in this type of smoke detector.

These types of smoke alarms will detect flaming, fast-moving fires effectively, which is perfect for warning you to get out the building before the fire completely takes over.

When smoke enters the sensor chamber, the conductivity of the air in the chamber will decrease and set off the alarm if it reaches a certain predetermined level.

This type of smoke detector detects smoldering fires quicker than the ionization type. It uses a light-emitting diode and a light sensor in the sensor chamber to detect if there’s any smoke in the building.

If there is any smoke in the sensor chamber, it will scatter the light beam, this will alert the sensor, and the alarm will sound off.

These days there isn’t really a difference between a smoke alarm and a smoke detector. If you search each one of them on Wikipedia, you will get the same result as Wikipedia sees them as the same.

The only difference you can really take into account is the fact that smoke alarms work all by themselves and don’t connect to anything else. Smoke detectors usually connect to other compatible devices to let more people know about the smoke.

Make sure to install good quality smoke alarms in your house like the ones in this article to give you and your family a better chance of survival if there is ever a fire in your house.

The best types of smoke detectors these days are those that integrate with the rest of your smart devices at home like your smartphone.

These new types of detectors also feature some great bonuses like speakers that talk to the occupants of the home when there are dangers. These speakers can also be used to play music throughout the home without interfering with the smoke detection operation of the smoke detector.

Having a smoke detector installed in your home will guarantee that your chances of survival during a fire will double according to current statistics.

Carbon Monoxide Alarm Going Off (What To Do Next?)