Each year hundreds of thousands of people get robbed. However, it can be hard to know what muggers think and what they look for. As a result, there are many questions that people have, like would muggers be attracted by phones and would they steal them.

Muggers can take your phone because smartphones are often expensive and can be sold for a good amount of money. Usually, muggers are looking to steal the victim’s money, phone, jewelry, and any other valuables that can be used to obtain money.

Continue reading below, where I share more detailed information, numbers, and insights that are worth knowing and things that may put you in danger without you knowing. 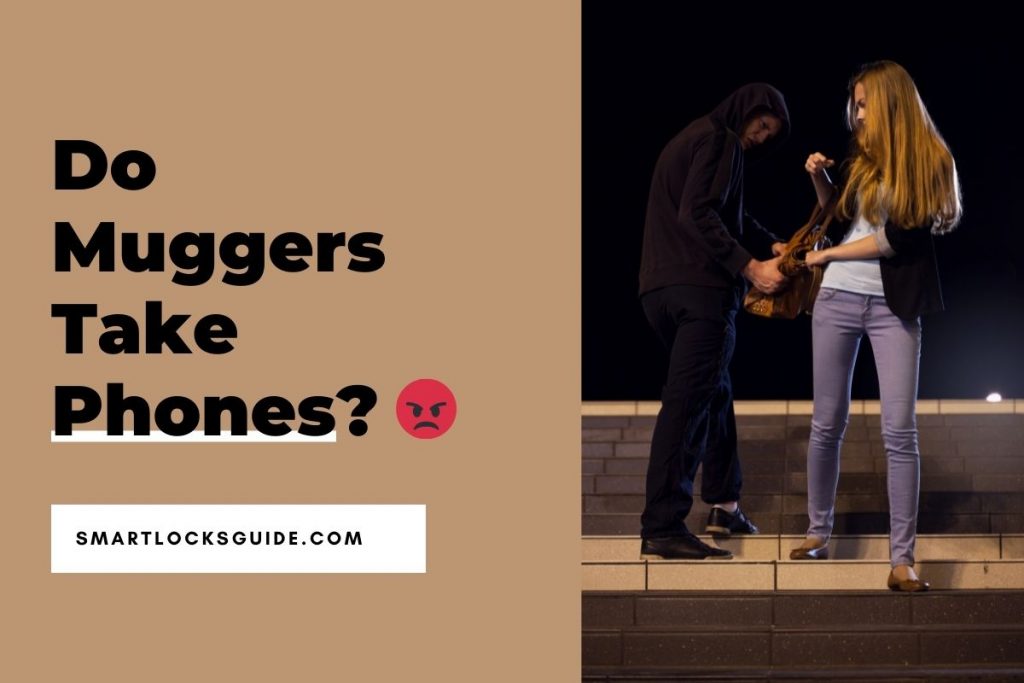 Why Do Muggers Steal Phones?

Muggers usually look for cash, but phones are also often targeted because of how valuable they are while being a very small item that is easy to carry, conceal, and sell. Nowadays, almost everybody carries a smartphone on their person, which presents muggers with a good opportunity to make extra cash.

Stealing the victim’s phone also prevents the victim from being able to quickly call the police.

What Do Muggers Do With Stolen Phones?

Muggers steal phones in order to sell them for cash. Usually, muggers will sell stolen phones to pawn shops, repair shops, or other people.

Muggers will turn off the stolen phone and remove the sim card. They can try resetting the phone or deleting all the data in order to sell it.

If the phone is locked and the mugger cannot sell it, they can try to sell it for parts or in foreign countries.

Muggers may also try to get access to your private data and information stored on the phone if possible. This information can be used in different scams that muggers can run on you or other people. They can also try to hack into your account, make fraudulent purchases or withdrawals, stalk, or even blackmail you.

According to a Lookout’s report, 12% of people who reported their stolen phone end up being victims of fraudulent charges, and 9% had their identity stolen.

How Likely Are You to Get Mugged?

One report on phone theft carried out for Lookout found that 1 in 10 smartphone owners in the U.S. were victims of phone theft, with 68% of the victims never recovering their phone.

However, these numbers look at phone theft in general, which encompasses several different scenarios like forgetting your phone somewhere, getting your phone pickpocketed, and more. When taking a look at how most phones were stolen, we see that 44% of the cases were people who forgot their phone somewhere in public, 14% had their phones stolen from their car or home during a break-in, and 11% had their phones stolen from them (also including pickpocketing).

The report by Lookout also concluded that about 55% of all smartphone theft occurs in an urban environment and about 33% in the suburbs.

The data also reveals that people are twice as likely to misplace and lose their phone than have it stolen.

How to Avoid Getting Mugged

Muggers choose their victims based on different factors. Being aware of how muggers think is a good way to ensure you do not put yourself in a bad or vulnerable situation.

Stick To Well-Populated and Well-Lit Areas

Crowds deter muggers because if there are more people in the area, there can be more eyewitnesses, and people can interfere and prevent them from stealing from the victim.

Be Mindful of Your Surroundings

Be vigilant and mindful of your surroundings. Not all muggers will directly approach the victim. Some muggers can physically attack their victims by punching them or hitting them on the head from behind.

There are also instances of thieves on mopeds who get close to unsuspecting victims and grab their phones while speeding away.

Be careful when handling your phone out in public. Avoid walking around playing with your smartphone because this can immediately mark you as an easy target, especially if it is an expensive-looking phone.

Be Careful Talking to Strangers

Muggers often try to start a conversation asking for time or directions. Be on your guard if somebody asks you for your time, directions, or help—especially if they look a little sketchy.

Muggers ask for the time because this will get you distracted for a few seconds, during which they will try to get closer to you. At the same time, the mugger can assess whether you are worth mugging. If you have an expensive watch or take out an expensive smartphone, the mugger may decide it is worth stealing from you because you may also be carrying other valuables and cash.

For more information, check out this video from NBC News, where they talked to an experienced mugger who revealed some important details about how most muggers think.

Be Careful About Using Your Phone Out in Public

Muggers are often opportunists. They look for the right situation. Because of that, if a mugger sees a person walking alone in an isolated area while playing on an expensive phone, they see an opportunity.

Muggers will not care if they are mugging a woman or a man and what the victim’s physical build is. In fact, they may avoid stealing from women because they are more likely to scream and attract more attention than most men.

Generally speaking, being smart about what you are doing while not exhibiting wealth in front of sketchy people and learning how to spot and distinguish them before they notice you is enough to keep you safe in many areas.

What to Do if a Mugger Tries to Steal Your Phone?

The survey from Lookout found that about 68% of people are willing to put themselves in some form of danger in order to recover their stolen phone.

If a mugger tries to steal your phone, assess the situation as objectively as possible. The rule of thumb is to comply and not attack or resist the mugger—especially if they have a weapon or are not alone. Struggling or confronting the mugger can escalate the situation and make them more aggressive and dangerous.

Your safety and health are more important than a stolen phone.

If your phone has been stolen, you have to file a police report. While the rates of recovered stolen phones are on the low end, filing the police report is important because it can be used as proof if unauthorized transactions and calls have been made. The data from Lookout’s report suggests that although about 90% of the victims of phone theft take action to recover their phone, about 32% of all victims will be able to recover their phone.

If possible, lock and erase your phone’s data remotely. There are different ways to achieve that. Remotely locking a stolen iOS device is a lot easier than Android devices because iPhones have that feature built into the operational system. With Android devices, you will have to use third-party apps that have to be already installed on the device.

Remember also to call and inform your cellular provider that the phone has been stolen and is no longer with you so that they cancel your service. In some instances, they may even be able to deactivate your phone remotely.

Depending on what type of saved information you have on your phone, you may have to change all your passwords. If there is information about your bank account or credit cards on your phone, you will have to speak to your bank as well to check if there have been any transactions made lately and prevent any unauthorized transactions in the future. The bank may have to cancel your existing credit card, too.

If your phone has been insured, you should also call your insurance company.