San Francisco is a fantastic city that is well worth visiting.

However, many people often have concerns about the overall safety and crime levels in San Francisco. Some are worried about the levels of pickpocketing in particular.

The reality is pickpockets can be found almost anywhere, but are there pickpockets in San Francisco?

If you want to know a little more about how prevalent pickpocketing is in San Francisco, including some statistics and areas that are generally regarded as safe and unsafe, continue reading below. 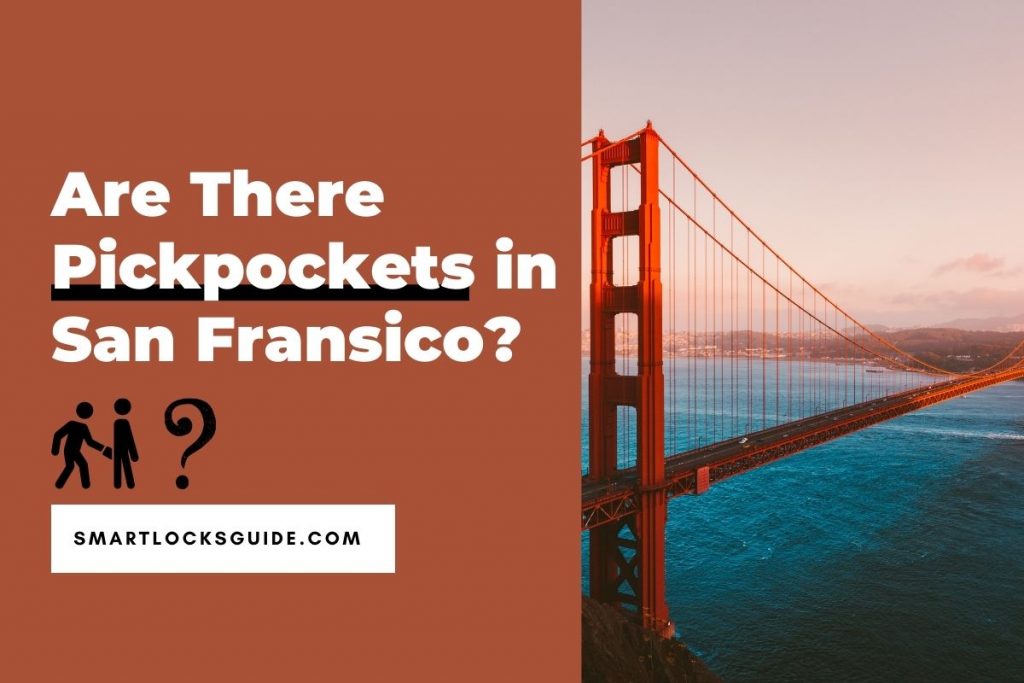 How Bad Is Pickpocketing in San Francisco?

Yes, there are pickpockets in San Francisco. This is not to say that they’re everywhere—but they are there. They tend to hang out in crowded tourist areas like Fisherman’s Wharf and Union Square.

Pickpocketing is not as bad as in San Francisco as it is in many other similarly-sized cities.

And while smash-and-grabs from parked vehicles, packages getting stolen off doorsteps are relatively common in San Francisco, pickpocketing is not very common.

According to the data from the San Francisco Police Department, the numbers of larceny-theft are as follows:

Unfortunately, the overall crime rates in San Francisco are higher compared to many other cities and communities in the US. It is normal for a larger city with more population to have a higher number of crimes compared to a smaller town or community. And even when compared to similarly populated cities, San Francisco still has higher averages.

The Ocean Beach strip is a popular destination that is considered very safe.

Presidio is generally considered a very safe area during the day and at night, even if you are walking alone. Presidio is surrounded by residential neighborhoods and is a bit more remote. That said, it is important to remember that a pickpocket can strike in any area or time of the day.

Some areas in San Francisco observe higher crime rates in general. Generally speaking, the areas considered unsafe are found in the northeastern and eastern parts of the city.

Below you can find the current statistics of the most unsafe neighborhoods in San Francisco. However, these numbers do take into account violent crimes and not pickpocketing. Nonetheless, they can give a good idea of how crime varies between the different neighborhoods.

The neighborhoods in San Francisco that are recommended to avoid are Tenderloin, Downtown, Civic Center, the Bayview (Hunter’s Point), Visitacion Valley, and some parts of the South of Market (SoMa) and Mission. These areas can be sketchy and unsafe for tourists during the day and especially at night.

Visiting the Golden Gate Park and the top of Twin Peaks at night is not recommended.

Even seemingly safer neighborhoods in San Francisco can get unsafe during the night when there are not many people around.

The area around the Powell BART and MUNI stations and Westfield Mall is often considered a sketchy place. Women often report being approached by random people who try to start a conversation with them, asking different questions. While many people believe these to be pickpockets trying to distract their victims, others have suggested they may be cult recruiters or pick-up artists.

That being said, plenty of people have never had any problems visiting or living in those neighborhoods.

If you are interested in looking at a good crime map of San Francisco, which you can use to judge how different areas in the city compare to each other, I recommend checking out this crime map compiled by CrimeGrade.org.

How to Protect Yourself From Pickpockets in San Francisco

In San Francisco, pickpockets can be found in high-traffic areas and on busy sidewalks, crowded places, and tourist spots like the Fisherman’s Wharf or the Union Square, where people can often be distracted by street performers.

To protect yourself from pickpockets, keep your valuables close to you. Do not leave anything unattended—especially in a car, since people may break into your vehicle. People report cases of criminals breaking the windows of vehicles to steal items like jackets, sweaters, or shoes.

While walking, be alert and keep an eye on your surroundings.

Pickpocketing is a crime of opportunity. Pickpockets always look for easy targets, which are often people who are distracted, do not pay attention to their surroundings and belongings, or appear to be drunk.

Try to blend in and do not wear expensive and flashy jewelry or other items that can be snatched like cameras, purses, etc. Be mindful when using cameras and smartphones or handling cash. It is not recommended to wear waist packs as they can also make you stand out as a tourist.

Do not carry anything that you cannot afford to lose.

Women are recommended to carry a cross-body purse, keeping it in front of themselves.

Men should carry their cash or wallet in their front pockets or inner jacket pockets.

Be careful and exercise extra caution in crowded areas like the MUNI train. The odds of bumping into a pickpocket are higher on buses, streetcars, and the subway.

Avoid talking to homeless people, beggars, and other people who are trying to start a conversation with you.

It is not uncommon for people wearing or having branded clothing, backpacks, or other types of accessories to be threatened or attacked, which is why many people resort to covering the logo using a sharpie, for example. The general thinking is that these people may have more money, gadgets, and other valuables on them and be a target worth pickpocketing.

Should You Worry About Pickpockets in San Francisco?

That being said, San Francisco ranks among the top cities in the U.S. when it comes to total crime rates and especially larceny-theft, which is the type of crime pickpocketing falls into.

Even cities like New York, Los Angeles, Chicago, Houston, Philadelphia, and Phoenix, are significantly lower when it comes to larceny-theft compared to San Francisco, despite some of these cities ranking considerably higher in terms of total crime rates.

However, an important distinction should be made, which brings us to the next important bit of information.

Larceny-theft is a crime category that involves anything illegally taken from another person without involving violence, force, or fraud. And while pickpocketing does fall into that category, other types of crimes—that are a lot more prevalent in San Francisco—also do.

Overall, pickpocketing is not a big problem in San Francisco. Remaining vigilant, taking good care of your belongings, and not leaving any valuables in your car is often enough to deter most pickpockets and snatchers in San Francisco.

Even people living in San Francisco admit that they do not worry about pickpockets but rather about their cars getting broken into.

This is why people are often advised to avoid renting cars and, if they do, to not leave anything in them because smash and grabs are very common. Cars with out-of-state plates are often targeted even if there is nothing left inside because there might still be some valuables hidden somewhere.

Do not get paranoid but be aware there may be pickpockets around looking for easy targets.

By now, you probably have a good idea of whether there are pickpockets in San Francisco and how to avoid them. For some, this might may have been a bit scary. But the truth is, with a little precaution, you can avoid pickpockets altogether.

In the meantime, we invite you to share this with your friends who’ll be visiting soon. Maybe you can even make a few new friends while recommending us! #DontBeThatTourist

As always, thanks for reading! Best wishes for safe travels!