The August Smart Lock is unique for a number of reasons. August’s model connects to your existing deadbolt hardware and is very easy to install, and the mobile app that comes with it is easy to use. But one of the best things about it is its power source.

August Smart Lock is powered by four standard AA batteries, which are included with purchase. After installment, the batteries should last six months before needing to be replaced. August specifies that rechargeable batteries should not be used.

What’s the big deal about being battery powered? This article will explain what August is doing right by choosing standard batteries as their power source. 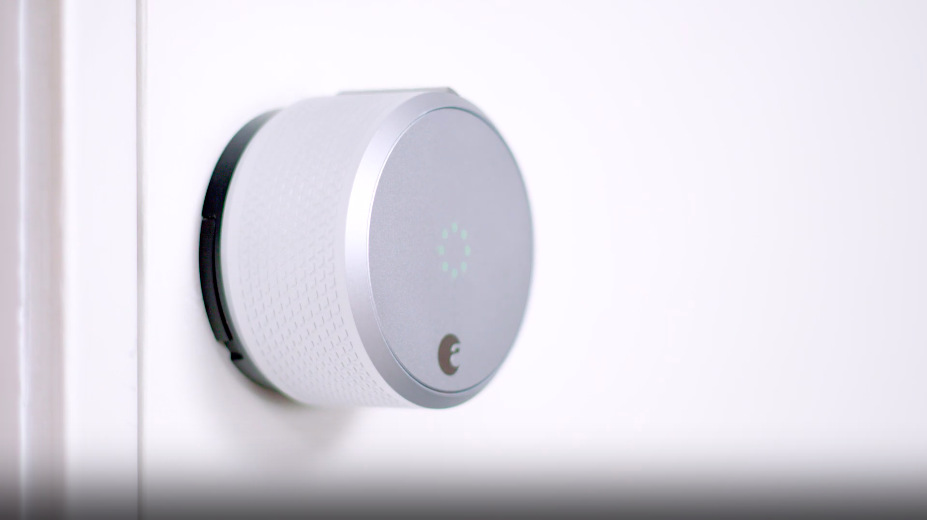 Why Batteries are King

There are a few key advantages to having a battery-powered smart lock on your door. Upon installation, you will notice one of them immediately. No electrical work!

Not only will you skip the trip to Home Depot for replacement hardware, but you can also avoid having to spend extra money on an electrician to connect your new smart lock to your house.

Just pop the smart lock over your existing deadbolt, turn it on, and go. It doesn’t get any easier than that.

Being independent of your home’s energy source means that if the power goes out, your August Smart Lock will continue to do its job.

Whether your home experiences a storm or goes dark because of a damaged power line, you can rest assured that the device protecting your home will not lock you in or out.

When and How to Replace August Smart Lock’s Batteries

According to August, the batteries in your smart lock should last about six months. Be aware, however, that your August Smart Lock’s battery life will depend on how often you use it.

For example, some users have reported having to replace their August Smart Lock’s batteries after four months.

For more details, read our article on How Long Do Smart Lock Batteries Last?

Battery life may also be affected by irregularities in your door’s shape, so be sure that the lock fits well and is flush with the surface of your door to ensure maximum battery life.

Unfortunately, the August app does not include a gauge displaying your lock’s battery life, but it will give you a low battery notification once the lock’s power reaches twenty percent.

After this point, the lock will continue to work for a few more weeks, depending on the frequency of your usage, but it’s still a good idea to replace the batteries as soon as possible after receiving this alert.

If you’re planning a trip, it may be a good idea to replace the batteries in your smart lock before you leave if you haven’t done it in a while.

Of course, even if you do forget to replace the batteries and find it out of power upon return home, you can still use your traditional keys to unlock the door.

Since the device connects to the inside of your door and does not require you to replace your hardware, your old keys will still fit and work with your lock.

You can also lock or unlock your door manually from inside the house by simply twisting the outside ring clockwise or counter-clockwise.

The illuminated rings around the lock will clearly indicate whether your door is locked by shining green when it is and red when it isn’t.

When it does come time to change the batteries in your August Smart Lock, the task will be simple and quick.

Pressing on the August logo releases the front face of the lock, from which the old batteries can then be removed and replaced with new ones.

August’s user-friendly design methods and quality execution ensure that you only have to think about your lock two to three times a year, which is a bargain for peace of mind all year round.

While batteries are the literal power source of the August Smart Lock, there are other powers at work that make this device as convenient and intuitive as it is.

As mentioned before, one of those powers is Bluetooth technology.

In the same way that your phone connects to your car’s Bluetooth-enabled radio or your wireless headphones, it can connect to your smart lock.

When connected and in range, your phone essentially becomes a key. With this key, however, you don’t have to lift a finger to get in your door.

Fumbling with your keys in the dark or while your hands are full will be a thing of the past when you have a smart lock.

Your phone’s Bluetooth connection with the August Smart Lock allows the two devices to communicate, meaning that as you approach the door, your smart lock will sense the presence of your phone and automatically unlock the door for you.

When you leave again, just close the door behind you and allow the August Smart Lock to sense the removal of your phone’s connection and lock itself by the time you get down the driveway.

Bluetooth makes all this possible, but you can do even more with your August Smart Lock by connecting it to your home’s Wi-Fi.

This is best done by purchasing August’s Connect Wi-Fi Bridge or a third-party hub, which will allow you to connect your smart lock with both Bluetooth and Wi-Fi.

The Connect Wi-Fi Bridge is easy to install and expands the limits of your control greatly.

Connecting your smart lock to Wi-Fi gives you the power to check the status of your door’s lock no matter where you are.

Use the August mobile app to check whether your door is locked or not and change that status whenever you need to.

Connecting your August Smart Lock to Wi-Fi also enables you to connect it to your other smart home devices like Amazon Alexa, Google Assistant, and Apple HomeKit (Siri).

If you own any of these devices, you can use voice control to access your smart lock from anywhere in the house.

Have company at the door while you’re still busy making a mess in the kitchen? Tell Alexa or Siri to unlock the door for your guests and let them in without having to stop what you’re doing.

With just some AA batteries, a Bluetooth connection, and Wi-Fi access, you can turn your home into a smart tool that works with you instead of against you.

Do you need a hub for August Smart Lock?

If you would like to control the lock outside of the standard Bluetooth range, however, you will need to purchase either the Connect Wi-Fi Bridge or a third-party hub to connect it to your home’s Wi-Fi.

How do I connect my August Smart Lock to Wi-Fi?

If you have bought the Connect Wi-Fi Bridge, you need to plug the device into an outlet that is no more than 15 feet from your August Smart Lock.

Wait until you see the flashing green light, then click “Set Up New Device” from the side menu in your August app.

Choose to set up an August Connect, and then select which lock you’d like to pair it to. If you have a third-party hub, follow the instructions that came with the device.

How do I install my August Smart Lock?

Prepare your door’s deadbolt by applying the adhesive strip to hold the keyed side of the lock in place.

Remove the existing thumb latch on the inside of your door.

Prepare the included mounting plate by attaching it to the door using the same screws you just removed from the thumb latch.

Attach the adapter you chose.

Check out the detailed steps here.

Can Alexa Lock and Unlock Doors?