If you are currently doing your research about the best smart door locks, it is inevitable, you will stumble across August. August smart locks are one of the best on the market.

A few years ago, August introduced a few newcomers. Some of them were the new smart lock product line, but some new features were also introduced—like the August DoorSense. 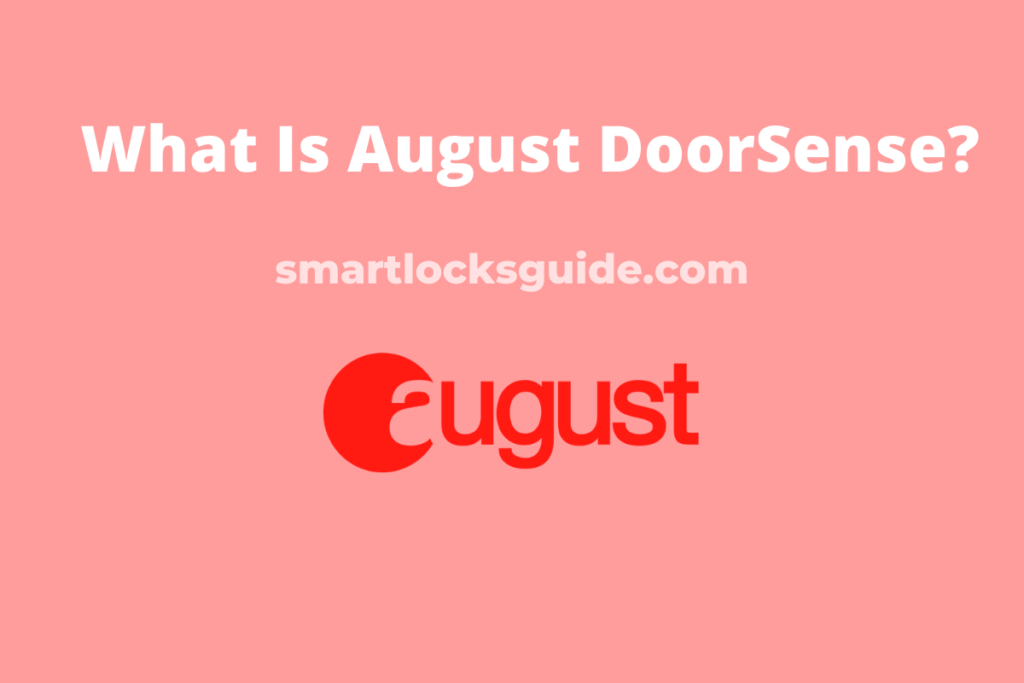 I did my research, and in this article, I will go in more detail about what the August DoorSense actually is, how it works, and what it can offer to you as a person that may be interested in the potential benefits of this neat feature.

How Does August DoorSense Work?

The August DoorSense works in a similar way window sensors work. This is why in addition to the smart lock, you will also receive a small sensor that communicates with the smart lock to determine whether or not the door has been closed properly.

Both devices will work in tandem. The smart lock will provide you with feedback on whether the deadbolt is locked or unlocked, and the DoorSense sensor will let you know if the door is closed or opened.

But how exactly does the August DoorSense work?

Door sensors, and window sensors, for that matter, work on the reed switch principle. The reed switch is an electromagnetic switch which is operated by a magnetic field.

The reed switch has two electrical connectors that are spaced apart when the door is opened. Or, in other words, when the magnet is away from the reed switch.

However, when the door is closed, the magnet will get closer to the reed switch and pull the two electrical connectors together, connecting them and closing the electrical circuit, which will be interpreted as a door that has been closed.

The reed switch will usually be found on the door’s smart lock, and the small mount that you will place on the doorframe is typically the magnet.

After installing the door lock and the magnet, you will have to calibrate them. This will allow the smart lock to determine when exactly (at what magnetic field strength) the door is closed.

On your August app, you will be able to see the status of your door. Currently, there are several different statuses:

Don’t worry. You do not have to remember by heart what the different circles mean because, underneath each circle, the app will tell you what the condition of the door is. (Open | Unlocked, Open | Closed, Closed | Locked, etc.)

Is August DoorSense Hard to Install? 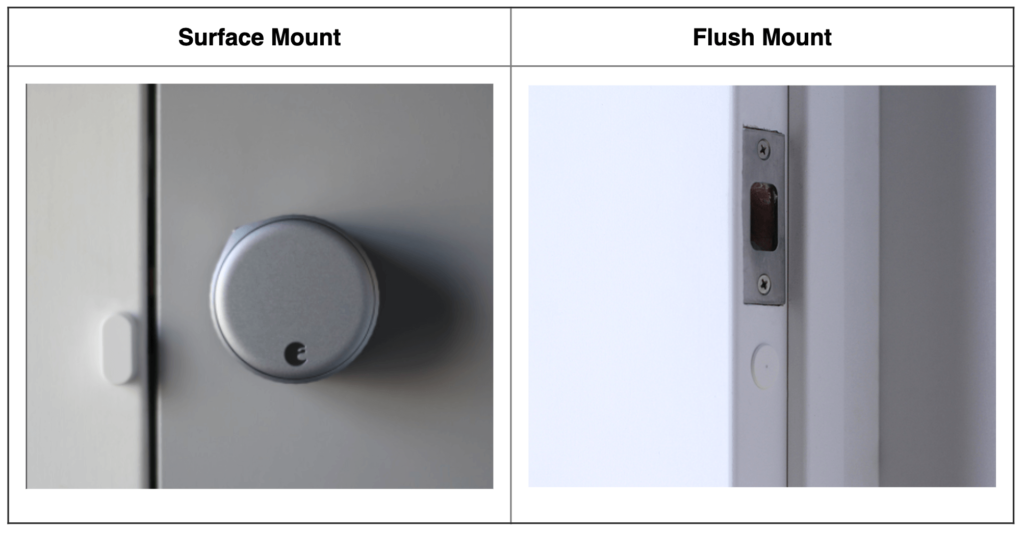 The August DoorSense requires a few preparatory steps in order to work correctly. Although the DoorSense capabilities are built into the August smart locks, you will also be required to install a small magnet on the door’s frame.

The surface mount is the easiest one to install and requires only a screwdriver. The flush mount installation is more aesthetically pleasing and keeps the magnet hidden, but it involves drilling.

Do All August Smart Locks Have DoorSense?

Currently, all the newer August Smart locks support the DoorSense technology. The August DoorSense is available with the following August smart locks:

You don’t need me to tell you that leaving your home with your front door left unlocked is a bad idea. Closing and locking the front door is, at least in my mind, one of those activities that people can do so often that it becomes almost a habit. A process, that runs in the background of your mind.

How often have you caught yourself walking away from your home saying to yourself, “Wait, did I lock the front door?” Only to find out that you did indeed lock it—but that process was so automated that you don’t have a memory of it.

This is dangerous for more than one reason.

First, it is not impossible to, indeed, forget to lock the door if you are in a rush. A lot of people have had that happen at one point or another in their lives. Even I am guilty of that.

Second, those thoughts of worry can stress you, cause unnecessary levels of anxiety, and pretty much ruin your day.

Many smart locks usually can notify you if the deadbolt is currently locked or unlocked. However, many of those may not be able to tell the difference between a door that was left slightly ajar and a fully closed one.

This is where August DoorSense comes into play. It makes sure that you stay updated on the condition of your door, potentially averting undesirable consequences.

By using the DoorSense feature, you will be receiving notifications when the door has been left slightly ajar.

In addition to that, you will find that August smart locks have another really nifty feature—the Instant Auto-Lock.

And after installing the August DoorSense, you gain access to it.

The Instant Auto-Lock will automatically lock the door behind you after you close it. These features, which can be switched on or off in the settings menu, add another layer of security and peace of mind.

(And let’s not forget that The DoorSense works with Alexa as well.)

Unfortunately, something that sounds good on paper may not translate too well into real life.

Since August DoorSense determines the status of the door by monitoring the magnetic field generated between the smart lock and the sensor, it is possible for false readings.

Any changes and disturbances to the magnetic field in the immediate area around the lock can impact the readings. For example, if you remove the front faceplate or place another magnet close to the lock, this will affect the reliability of the readings, and you will need to recalibrate the DoorSense and the lock.

I have found that some people are experiencing a lot of problems with properly calibrating their August DoorSense. Despite multiple attempts, the results are mixed. Sometimes the DoorSense stops working properly after a little while, and in other instances, it is not capable of recognizing when the door is open or closed.

It may interest you to know that users have found that there are some problems with the firmware, so they had to have the firmware on their August devices rolled back in order for the DoorSense to start working properly.

Although it is a small magnet that is easy to install, many homeowners may not really enjoy the idea that they need to place it on their door frame.

If they want the magnet to be hidden, this will involve drilling, which could also be perceived as a huge inconvenience.

What is more, the magnet’s installation on certain doors and door setups may prove trickier than expected.